Email has never been huge in China, and it’s down to a combination of cultural factors and timing.I

In May 2008 I was teaching at a private English school in Yangshuo, a small town in southern China. It is an idyllic place to study, with limestone hills, known as karst, decorating the riverine landscape. When they finished their course my adult students told me to download QQ, a Chinese desktop application much like MSN Messenger, to keep in touch.

I asked them to register on Facebook (it was unblocked in China then), add me as a friend and also leave their email addresses. A few did but they were hard to remember, because they often looked something like this: [email protected] I thought these email addresses were slightly odd, but back then it was not so unusual to have peculiar email addresses even in the UK.

Years later, I found myself in Beijing working as a freelance journalist and copywriter. I would hardly ever do business with my Chinese clients over email. Often, I would receive copywriting work on my smartphone, via the hugely popular Chinese messaging app WeChat. Once I’d completed it, I would then send it back and also get paid over WeChat. The whole process felt miraculous, such was the speed and mobile efficiency.

More like this:
• How China went back to work after lockdown
• Young Chinese are sick of working overtime
• China’s work from home experiment

In many Western countries, email still reigns supreme, especially at work. In both the US and the UK, email is the most popular online activity, drawing 90.9% and 86% of internet users respectively. In both the US and the UK, using email tops other online activities such as browsing for information about goods and services, internet banking, consuming digital videos or audio and using social media. 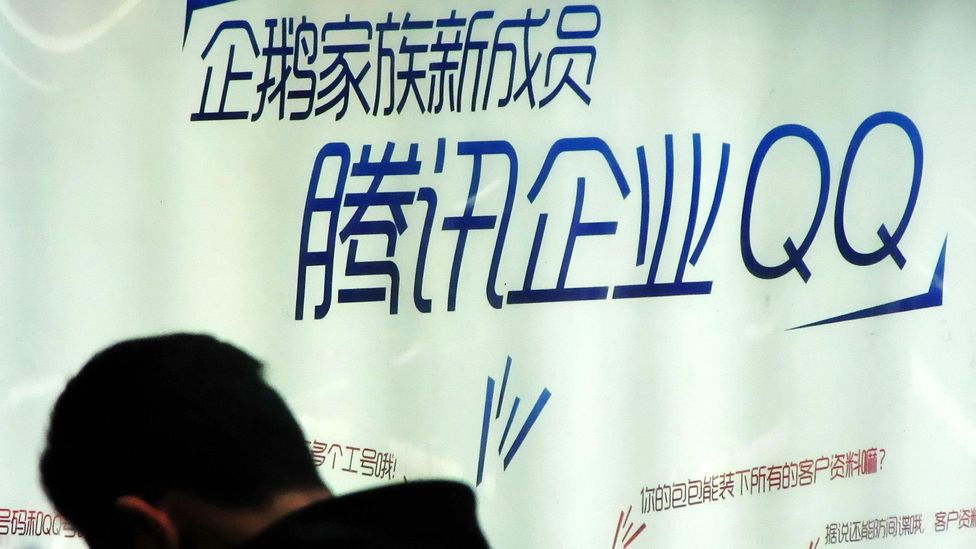 But in China, it’s a different picture. Deloitte’s 2018 China Mobile Consumer Survey showed that Chinese people checked their email 22% less than users globally. Instead WeChat is dominant; some 79.1% of smartphone owners are regular users of the app, while 84.5% of people who use messaging apps in China use WeChat. And that preference extends into the office: the 2017 WeChat user behaviour report compiled by Penguin Intelligence, a research arm of Tencent (which created WeChat), found that almost 88% of 20,000 people surveyed used WeChat in their daily work communication. Phones, SMS and fax were used by 59.5%. Email was a distant third on 22.6%.

Eva Hsu, who runs a digital branding business, is Taiwanese and spent some of her youth living in the US. She’s been working in Shanghai for six years. For her foreign clients, Hsu says she communicates via email and LinkedIn, but for her Chinese clients it’s a different story. “Chinese clients tend to use WeChat and send files on WeChat as the main way of communication,” she says.

With over a billion users in China, WeChat is a super app that is ubiquitous. But the reasons why Chinese people prefer communicating over a platform such as WeChat may have been formed years earlier. In 1999, newly-established Chinese technology company Tencent released a product called QQ, based on the popular desktop instant messaging programme ICQ, which was owned by AOL.

At the time, there were only 1.2 computers per 100 people in China, according to the World Bank. By contrast, there was one computer for every two people in the United States. But as the 2000s progressed internet cafes sprang up across China and were quickly embraced by young people. QQ became a key reason for the cafes’ popularity, as it provided entertainment with features such as games, music and an early Chinese social network where people could post micro-blogs. Compared to email, QQ offered more interaction, with the ability to create avatars, for example, and instant messaging. 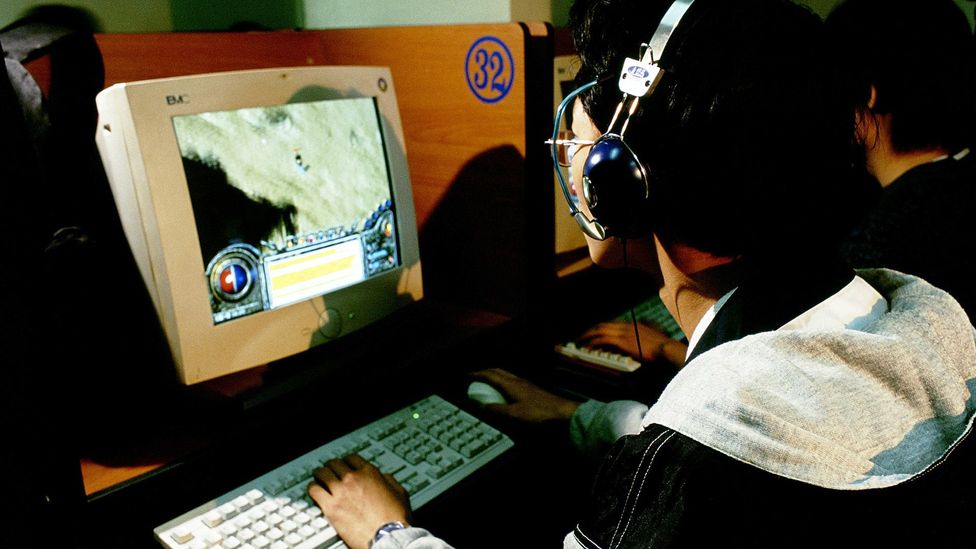 Internet cafes were often the only way people could access computers in the 1990s and early 2000s in China (credit: Herve Bruhat/Gamma-Rapho via Getty Images)

In their 2008 book Supertrends of Future China, co-authors James Yuann and Jason Inch noted that it was impractical for young Chinese to be without a QQ or MSN account. It “is almost like what Westerners would think of somebody without a driver’s license”, they wrote. Senior executives would list their QQ numbers on business cards and businesses would have their own QQ accounts.

By 2012 QQ had 798 million monthly active users, but WeChat, also created by Tencent and released in 2011, would go on to become the most popular communication tool in China, just as smartphones would go on to replace desktop computers as China’s main computing device.

Matthew Brennan, a Briton who has worked in China since 2004 and is a consultant on Chinese digital innovation, says that having an email address in the UK is part of your identity as it’s required to register for many online services. In China, however, mobile apps often take precedence and it is possible to do all your online transactions once you are logged into an app with multiple functionality such as WeChat or Alipay (created by online retail giant Alibaba) You can book an appointment, pay for shopping and message your friends all within a single app.

Zhong Ling, assistant professor of economics at the Cheung Kong Graduate School of Business, believes WeChat fits into the Chinese working culture. “WeChat, as a messaging platform, demands less formal working time than email,” she says. “This informality makes people more likely to respond instantaneously… the demand for [an] immediate response is motivated by the cultural and business environment in China.”

Zhong observes that the boundaries between people’s work and personal lives are weaker in China. “As a result, employers and managers often send out work inquiries or tasks outside of normal working hours and prefer not to wait until the next business day for a trivial reply.” She adds that for conversations which require multiple rounds of interaction, WeChat is faster than email. 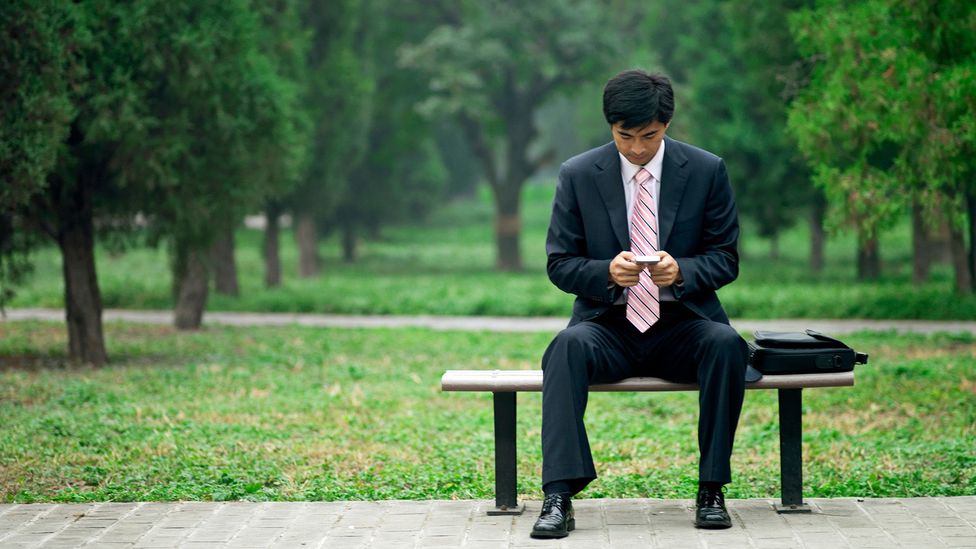 There is pressure on workers in China to be available outside work hours (credit: Alamy)

However, the flipside of this is that workers are under pressure to respond at all hours. While WeChat is ready for short, rapid responses, email has a clunkier interface, Brennan says. The way a platform is built influences how we communicate and there are subtle but noticeable effects when it comes to platforms such as Facebook, WhatsApp or indeed WeChat. “There can be an expectation for a more timely response for [instant] messaging,” says Brennan. “So even if you receive a message on the weekend, you need to reply.”

In Anglo-centric countries such as the UK, US, Canada, Australia and New Zealand, email retains the etiquette of an analogue age. The “Dear X” greetings and formal sign-offs – “Best regards” – and so on, reveal vestigial ties to letter writing. But in many Asian countries, the instantaneous and informal nature of messaging apps appears preferable.

Alan Casey, a partner at consultancy firm Prophet which has offices across Asia, says he and his multinational team believe chat apps are far more relevant than email in Asia than Western markets. “Many countries like China and SEA [South East Asia] have leapfrogged the computer age and gone straight to mobile connectivity,” says Casey. “This has led to massive uptake of social platforms whether it be Facebook, WeChat, Line, KakaoTalk, Zalo, etc.”

In China, besides WeChat, business apps serve the needs of larger corporations or those requiring more work and productivity-focused features. Platforms such as Alibaba’s DingTalk and ByteDance’s Lark, as well as the business version of WeChat – WeChat Work – offer features such as document sharing and online editing, payroll, workplace compliance and a higher level of privacy. DingTalk allows users to see in real time if someone has read a message and, if not, users can send a push to prompt them to do so. 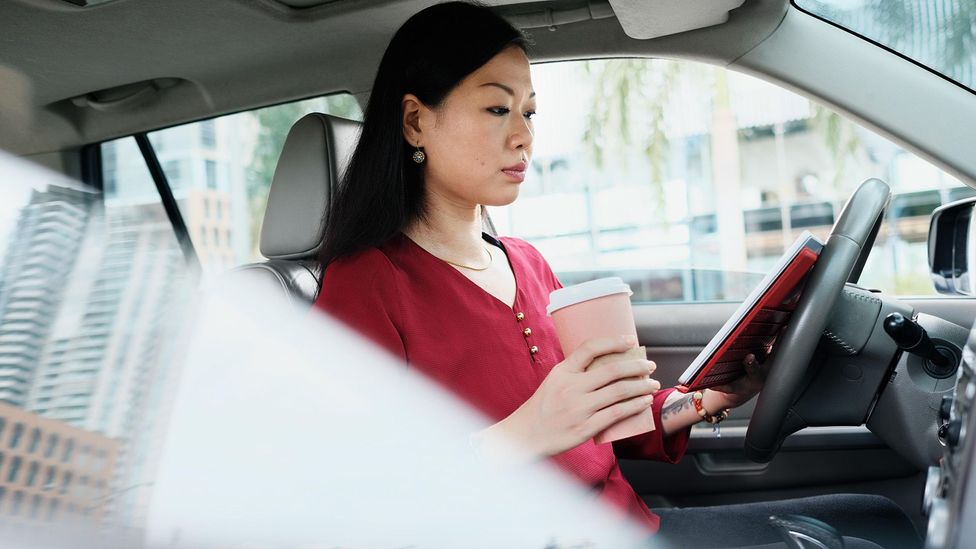 Thirty-year-old Hailan Jia is a public relations manager for a Chinese cryptocurrency trading company. She moved from her native Beijing to Plymouth in southwest England in 2018 to be with her partner. In the UK, she says, online services are more scattered. “You buy certain products on Amazon; groceries on apps; and book appointments on websites, which all require email or Facebook, unlike China where you use your WeChat account [for everything],” she says. Having to constantly check her email is something Hailan has had to get used to. “In China I never check email so I don’t have expectations of people to respond to email and I don’t stay on email for entertainment.”

But this doesn’t mean Chinese people aren’t using email at all. Many do have an email address but check it far less regularly than their American or European counterparts. Brennan says that in the larger cities, like Beijing and Shanghai, there will be more alignment with international standards.

One of my old students in Yangshuo, Leely Wang, was one of the few who left me her email address when she finished her studies. We kept in touch via email for a time, before lapsing. She’s now 30 years old and living in Guangdong in southern China working at a lighting company. I found her on WeChat a couple of years ago, which is how we now converse.

I ask her if she still uses the email address we used to keep in touch. “Which one is it?” She asks, laughing. “I had so many: 163, 126 and MSN,” she says, referring to different email providers. She now checks her email rarely, and has difficulty remembering when she last checked in. “I use WeChat the most; I don’t use QQ often, but sometimes I will,” she says.

For Wang, and many other Chinese people, WeChat forms an integral part of daily life and email now seems a quaint leftover from the past.

12019-06-19 13:39:17chinadaily.com.cnEditor : Mo Hong’eECNS App Download In the morning of June 19, 2019, the Beijing Normal University Internet Institute was inaugurated and the China Internet Corporate Social Responsibility Summit was held in Beijing. As a tribute to the 25th anniversary of China’s accessing the internet, the institute released the “2019 Research Report on Corporate […]

Officials fear data breach may be used to recruit students or university alumni as informants Michael McGowan @mmcgowan Thu 6 Jun 2019 2019  Intelligence officials believe China may have been behind a massive data breach which compromised the personal details of thousands of Australian National University students and staff. The Sydney Morning Herald reports that senior intelligence officials have pointed […]

China is Teaching the United States a Lesson on Blockchain Policy

What is blockchain and why does it matter? Essentially a mysterious entity known only as Satoshi Nakamoto developed the foundational technology to create a decentralized, open source, verifiable and immutable ledger for internet transactions. However the concept of a distributed peer-to-peer internet where power and control is determined by a decentralized consensus directly contradicts the […]