The new rules, brought in by executive order in late February, give the Indian government an arsenal of muscular new powers that will force tech companies and news outlets to comply with government surveillance and censorship demands.

The rules increase the pressure on U.S. tech companies including Facebook, Twitter and WhatsApp to comply with what the letter’s authors say is an increasingly authoritarian Indian government—or risk losing access to India, their biggest market in the world, which many see as key to future growth.

The Indian government had been preparing the new rules for years, but published them amid an escalating protest movement by Indian farmers that has captured both national and international attention. In February, the Indian government clashed with Twitter over the company’s refusal of a government request to remove hundreds of posts by activists and politicians about the protests, with the company saying they constituted freedom of expression. After the Indian government threatened Twitter employees with jail time, Twitter eventually re-blocked most of the posts.

“Why the government brought this up now is deeply linked to the farmer protests,” says Raman Jit Singh Chima, the Asia-Pacific policy director at Access Now, one of the groups that signed the open letter criticizing the rules. “After the pushback they received from social media firms, who were contesting orders they were receiving, the government definitely wants to send a clear signal that ‘we are going to regulate you, and if you push back, it will result in more regulation overall.’” 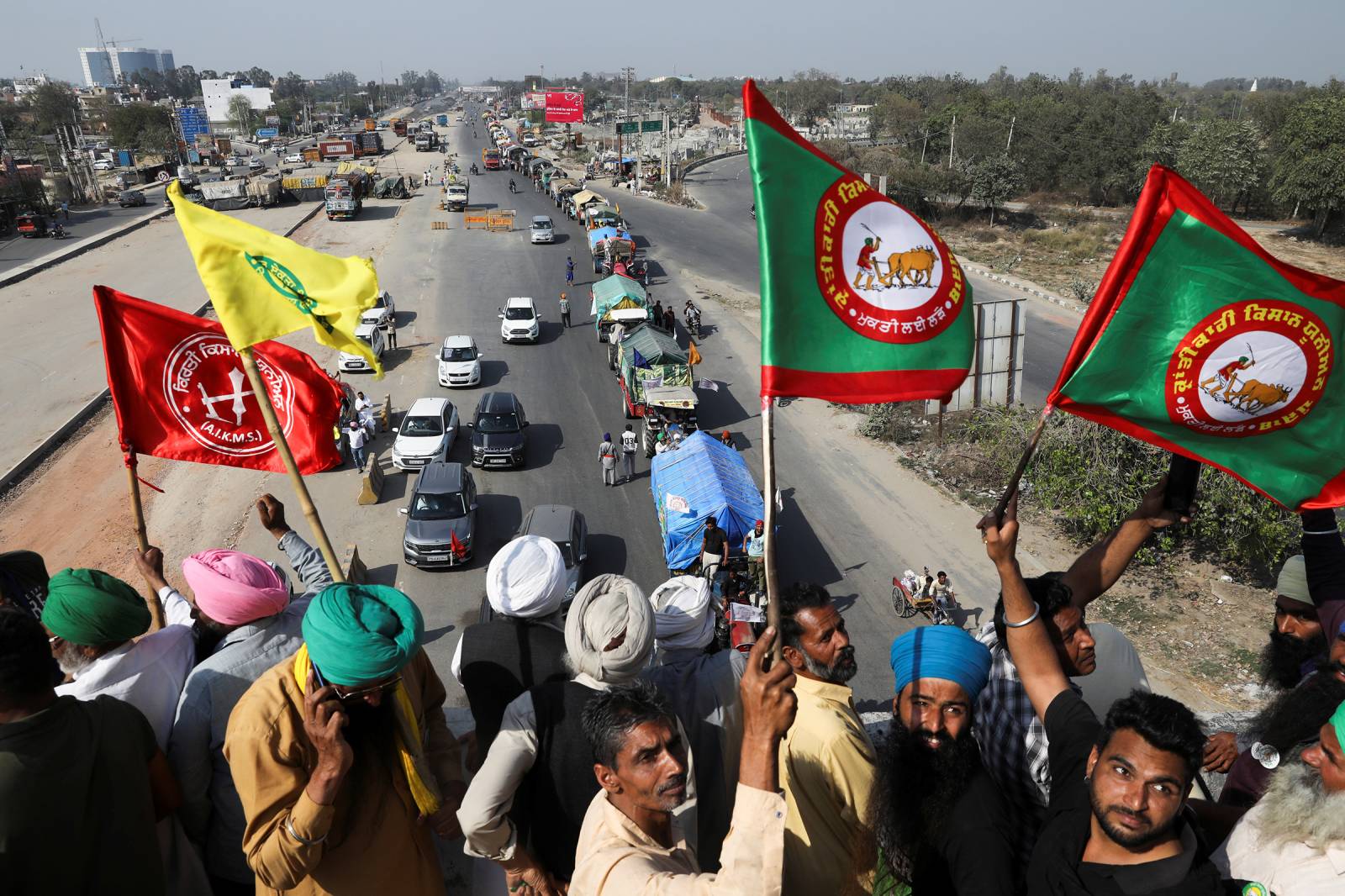 Farmers cheer and wave flags near Kundli border in Haryana, India, as more tractors arrive from Punjab to participate in the ongoing farmers’ protest at Singhu border, to mark the 100th day of demonstrations on March 6. Anushree Fadnavis—ReutersBig Tech’s Business Model Is a Threat to Democracy. Here’s How to Build a Fairer Digital FutureShare

India’s new rules come at a time when tech platforms are facing threats of regulation by Western governments over content including hate speech, misinformation, and incitement to violence. But the Indian rules are more worrying, the open letter says, because they are part of a wider push toward “digital authoritarianism,” including Internet shutdowns and arrests of journalists. Although the Indian rules also contain useful provisions like mandating transparency in cases when user content has been removed, they come with no clear mechanisms for tech companies to push back against potentially unlawful government demands.

“The rules change the fundamental Internet experience for any average user in India,” says Apar Gupta, executive director of India’s Internet Freedom Foundation. “Social media companies, streaming platforms and online news portals are now being brought under some level of direct government supervision,” he says. “These rules are a very stark illustration of a desire of the government to control the online conversation. They extend forms of regulation over areas that enrich any kind of democracy, and encourage self-censorship.”

What do the new rules say?

The rules force companies to remove content that the government says is illegal within three days of being notified, including content that threatens “the interests of the sovereignty and integrity of India,” public order, decency, morality, or incitement to an offense. The rules also state that platforms must hand over information about users to law enforcement upon request.

Encrypted messaging platforms like WhatsApp—which is owned by Facebook—will also be forced under the new rules to keep information on who the “first originator” of any message is, and provide it to the government upon demand. WhatsApp is already facing similar legislation in Brazil, its second-biggest market after India. And Western intelligence agencies have also pressured encrypted platforms to build “backdoors” into their messaging services.

WhatsApp did not respond to TIME’s request for comment, but its head Will Cathcart said the company was “still digesting them and understanding what they actually mean, or don’t mean,” in an interview on Big Technology, a podcast by journalist Alex Kantrowitz.

Cathcart suggested that WhatsApp may be prepared to bring legal cases in India if the rules meant breaking the end-to-end encryption that the chat service is based on. “If you’re talking about break[ing] encryption, it’s really hard for me to imagine being comfortable with it,” he said. “It’s hard for me to imagine even how you ask people to do that, I think it’s such a fundamental threat. So, we’ll stand and we’ll make our case, and we’ll argue.”

Facebook and Signal (an end-to-end encrypted messaging app that is growing in popularity in India) did not respond to TIME’s requests for comment.

Read More: The Inside Story of How Signal Became the Private Messaging App for an Age of Fear and Distrust

In a statement, Twitter said: “We are studying the updated guidelines, and we look forward to continued engagement with the Government of India to strike a balance between transparency, freedom of expression, and privacy … We believe that regulation is beneficial when it safeguards citizen’s fundamental rights and reinforces online freedom.”

India’s new rules also say that companies must appoint a resident Indian citizen to be a “chief compliance officer” who will be criminally liable for any failure to comply with the rules. “India’s worst-kept secret is that if you work in the Internet industry, you will face arrest threats and threats of prosecution on a regular basis,” Chima says. “They’re just trying to codify this in one place. The idea is that if you have one person, you can put them under so much pressure that it will force compliance.”

The open letter by the 10 activist groups called on tech companies to resist the new rules. “They should interpret and implement legal demands as narrowly as possible, to ensure the least possible restriction on expression, notify users, seek clarification or modification from authorities, and explore all legal options for challenge,” the letter said. 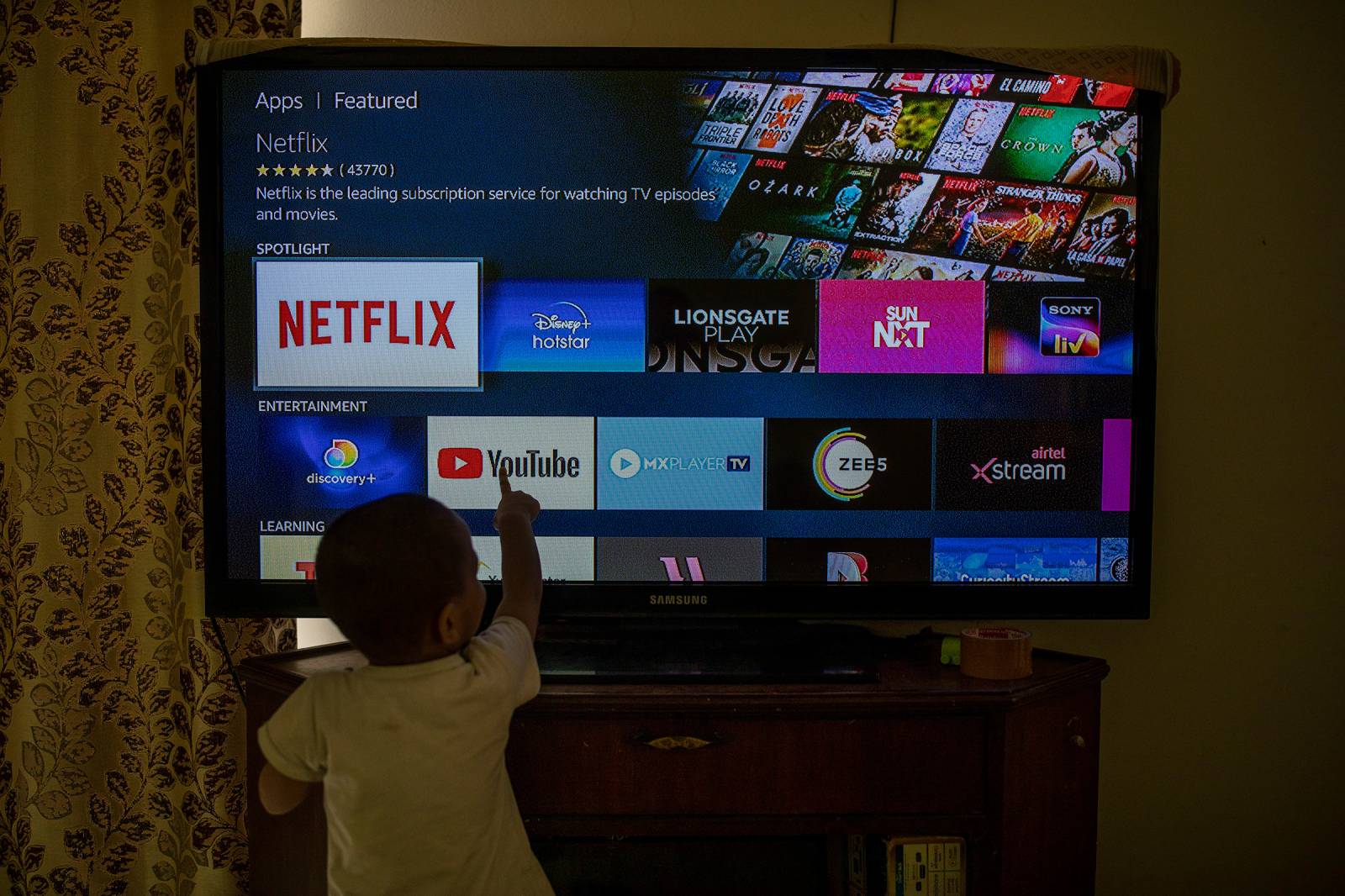 A child touches a TV screen displaying OTT streaming apps at his home in New Delhi, Feb. 25. India has rolled out new regulations for social media companies and digital streaming websites to make them more accountable for the online content shared on their platforms. Altaf Qadri—AP

A chilling effect on the press

As well as social media and streaming platforms, the new rules also impose strict new limits on digital news platforms—where a small handful of Indian publications have managed to remain critical of the government. In March, India’s democracy rating was downgraded from “free” to “partly free” by the U.S.-based NGO Freedom House, which cited among other factors the government’s “rising intimidation of academics and journalists.”

Under the new rules, digital publications will be subject to oversight by government-run committees, with the power to block publication of stories, remove stories, or even shut down entire websites. One of the 10 signatories of the open letter on Thursday is Reporters Without Borders, an NGO that campaigns for press freedom worldwide.

“Digital media has been quite outspoken, and I see this clearly as a way to bring it to heel, to control it, and perhaps intimidate it,” says Sidharth Bhatia, a founding editor of The Wire, a leading online publication that regularly publishes content critical of the Indian government. “It is executive overreach of the worst kind.”

The new legislation could result in critical reporting being silenced, Bhatia says. “Let’s say we’re about to publish a story about somebody powerful,” he says. “In a normal journalistic way, we will probably send a message before publication saying we would like your point of view. That person could very well go and say ‘I fear they will publish a very damaging story against me, and it’s libelous, etc.’” If that were to happen, he says, the case would be escalated through two committees, that contain no representatives of the digital media, until it is heard by a senior bureaucrat in India’s Ministry of Information. “At that level, you’re not likely to want to go against the government,” Bhatia says.

The publisher of The Wire is challenging the government’s new rules in the Indian court system—a challenge that a Delhi high court judge upheld on Tuesday, with the case adjourned to April 16.

Bhatia says that if the new rules are allowed to stand, they will have a “terrible chilling effect” on Indian journalism. “There is already talk within the media of journalists self-censoring,” he says. “More and more will say it’s not worth the trouble.”

Should India be concerned about upcoming internet measures?

Observers fear intermediary rules that include proactive monitoring, user verification and tight timelines that dictate how quickly a company should take down material authorities deem questionable. GOURI SHARMA Freedom of expression advocates in India say they are concerned about the future of online dissent and privacy following recent government measures on internet use and governance. […]

Source: Telecom Regulatory Authority of India However, you’re much more likely to have access to the internet if you live in a city rather than in the countryside – where most Indians live. There’s also a gender disparity. Women are 50% less likely to use mobile internet than men, according to a 2019 study. India’s […]

By AIJAZ HUSSAINyesterday FILE – In this Jan. 30, 2020, file photo, Kashmiri journalists browse the internet on their mobile phones inside the media center set up by government authorities in Srinagar, Indian controlled Kashmir. Indian authorities on Wednesday, March 4, temporarily revoked a ban on social media sites and restored full internet access in […]