For millions of people on the wrong side of America’s language gap, technology is creating barriers rather than removing them.by 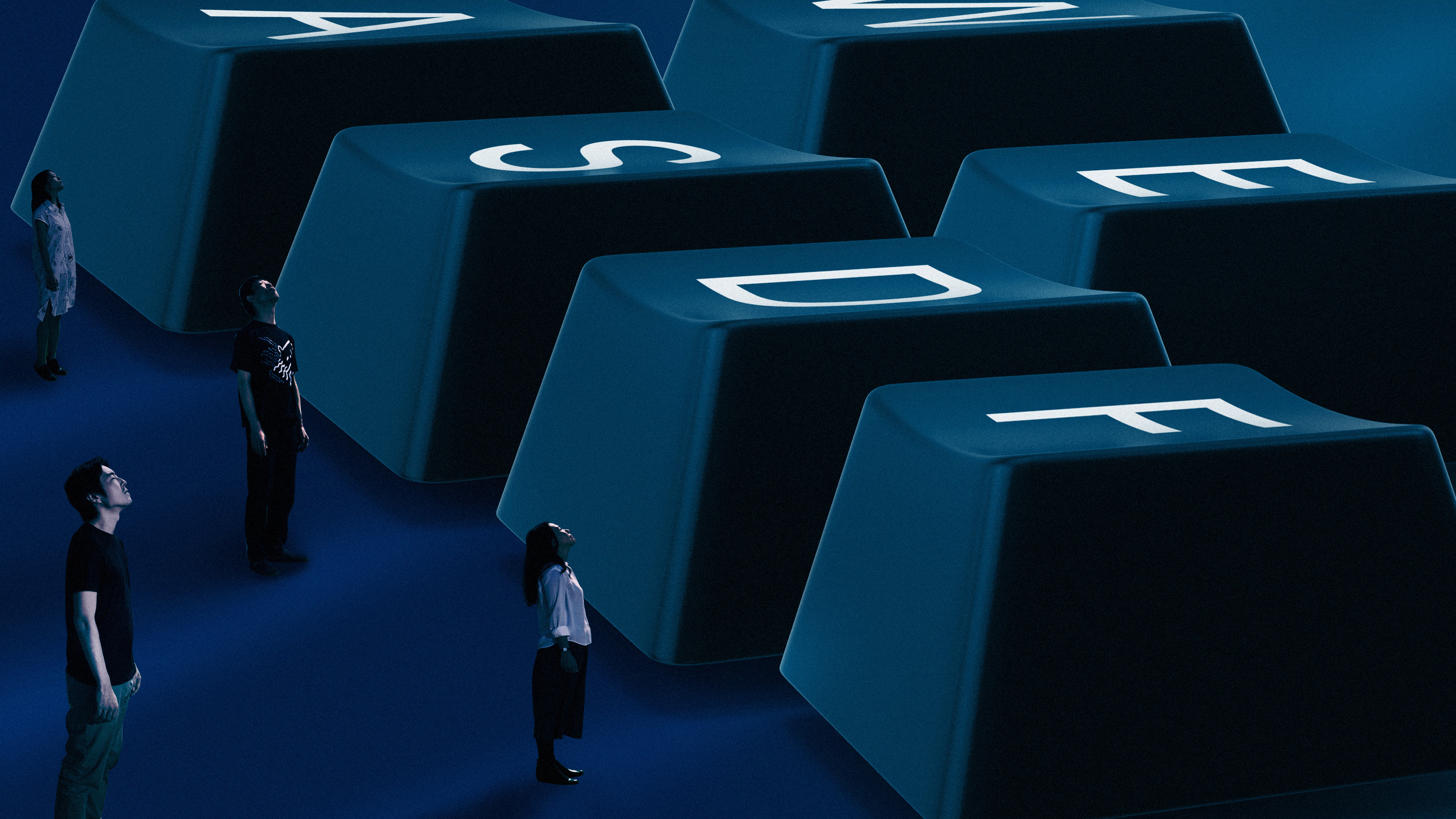 Jennifer Xiong spent her summer helping Hmong people in California register to vote in the US presidential election. The Hmong are an ethnic group that come from the mountains of China, Vietnam, Laos, and Thailand but don’t have a country of their own, and Xiong was a volunteer organizer at Hmong Innovating Politics, or HIP, in Fresno. There are around 300,000 Hmong people in the US, and she spent hours phone-banking and working on ads to run on Hmong radio and TV channels. It was inspiring work. “This was an entirely new thing for me to see,” she says. “Young, progressive, primarily women doing this work in our community was just so rare, and I knew it was going to be a huge feat.” And by all accounts it was. Asian-American turnout in the 2020 election in general was extraordinary, and observers say turnout among Hmong citizens was the highest they can remember.

But Xiong says it was also incredibly disheartening.

While Hmong people have long ties to the US—many were encouraged to migrate across the Pacific after being recruited to support the United States during the Vietnam War—they are often left out of mainstream political discourse. One example? On the website of Fresno’s county clerk, the government landing page for voter registration has an option to translate the entire page into Hmong—but, Xiong says, much of the information is mistranslated.

Asian-Americans are using Instagram to help protect their communities

After a series of hate crimes, Asian-Americans use using social media to organize and equip the most vulnerable in their communities.

And it starts right at the beginning. Instead of the Hmong word for “hello” or “welcome,” she says, is “something else that said, like, ‘your honor’ or ‘the queen’ or ‘the king’ instead.”

Seeing something so simple done incorrectly was frustrating and off-putting. “Not only was it just probably churned through Google Translate, it wasn’t even peer edited and reviewed to ensure that there was fluency and coherence,” she says.

Xiong says this kind of carelessness is common online—and it’s one reason she and others in the Hmong community can feel excluded from politics.

They aren’t the only ones with the sense that the digital world wasn’t built for them. The web itself is built on an English-first architecture, and most of the big social media platforms that host public discourse in the United States put English first too.

And as technologies become proxies for civic spaces in the United States, the primacy of English has been magnified. For Asian-Americans, the move to digital means that access to democratic institutions—everything from voting registration to local news—is impeded by linguistic barriers.

It’s an issue in health care as well. During the pandemic, when Black, Hispanic, and Native patients have been two to three times more likely to be hospitalized or die than white patients, these barriers add another burden: Brigham and Women’s Hospital in Boston found that non-English-speaking patients were 35% more likely to die of covid than those who spoke English. Translation problems are not the only issue. Xiong says that when Hmong users were trying to make vaccine appointments, they were asked for their zodiac sign as a security question—despite the fact that many in this community are unfamiliar with Western astrology.

In normal times, overcoming these challenges would be complicated enough, since Asian-Americans are the most linguistically diverse ethnic group in America. But after a year that has seen a dramatic increase in real-world and online attacks on Asian-Americans, the situation has become urgent in a different way.

Christine Chen, executive director of APIAVote, a nonprofit that promotes civic engagement among Asian people and Pacific Islanders, says that political life has always been “exclusionary” for Asian people in the US, but “with digital spaces, it’s even more challenging. It’s so much easier to be siloed.”

Big platforms like Facebook, Twitter, and YouTube are popular among Asian-Americans, as are messaging apps like WeChat, WhatsApp, and Line. Which communication channels people use often depends on their ethnicity. During the election campaign, Chen focused on building a volunteer network that could move in and out of those siloes to achieve maximum impact. At the time, disinformation targeting Asian-Americans ran rampant in WeChat groups and on Facebook and Twitter, where content moderation is less effective in non-English languages.

APIAVote volunteers would join different groups on the various platforms to monitor for disinformation while encouraging members to vote. Volunteers found that Vietnamese-Americans, for example, were being targeted with claims that Joe Biden was a socialist, preying on their fears of communism—and similar to political messages pushed at Cuban-Americans.

Chen says that while content moderation policies from Facebook, Twitter, and others succeeded in filtering out some of the most obvious English-language disinformation, the system often misses such content when it’s in other languages. That work instead had to be done by volunteers like her team, who looked for disinformation and were trained to defuse it and minimize its spread. “Those mechanisms meant to catch certain words and stuff don’t necessarily catch that dis- and misinformation when it’s in a different language,” she says.

Google’s translation services and technologies such as Translatotron and real-time translation headphones use artificial intelligence to convert between languages. But Xiong finds these tools inadequate for Hmong, a deeply complex language where context is incredibly important. “I think we’ve become really complacent and dependent on advanced systems like Google,” she says. “They claim to be ‘language accessible,’ and then I read it and it says something totally different.”

All the way down

The challenges of language online go beyond the US—and down, quite literally, to the underlying code. Yudhanjaya Wijeratne is a researcher and data scientist at the Sri Lankan think tank LIRNEasia. In 2018, he started tracking bot networks whose activity on social media encouraged violence against Muslims: in February and March of that year, a string of riots by Sinhalese Buddhists targeted Muslims and mosques in the cities of Ampara and Kandy. His team documented “the hunting logic” of the bots, catalogued hundreds of thousands of Sinhalese social media posts, and took the findings to Twitter and Facebook. “They’d say all sorts of nice and well-meaning things–basically canned statements,” he says. (In a statement, Twitter says it uses human review and automated systems to “apply our rules impartially for all people in the service, regardless of background, ideology, or placement on the political spectrum.”)

When contacted by MIT Technology Review, a Facebook spokesperson said the company commissioned an independent human rights assessment of the platform’s role in the violence in Sri Lanka, which was published in May 2020, and made changes in the wake of the attacks, including hiring dozens of Sinhala and Tamil-speaking content moderators. “We deployed proactive hate speech detection technology in Sinhala to help us more quickly and effectively identify potentially violating content,” they said.

When the bot behavior continued, Wijeratne grew skeptical of the platitudes. He decided to look at the code libraries and software tools the companies were using, and found that the mechanisms to monitor hate speech in most non-English languages had not yet been built.

“Much of the research, in fact, for a lot of languages like ours has simply not been done yet,” Wijeratne says. “What I can do with three lines of code in Python in English literally took me two years of looking at 28 million words of Sinhala to build the core corpuses, to build the core tools, and then get things up to that level where I could potentially do that level of text analysis.”

After suicide bombers targeted churches in Colombo, the Sri Lankan capital, in April 2019, Wijeratne built a tool to analyze hate speech and misinformation in Sinhala and Tamil. The system, called Watchdog, is a free mobile application that aggregates news and attaches warnings to false stories. The warnings come from volunteers who are trained in fact-checking.

Wijeratne stresses that this work goes far beyond translation.

“Many of the algorithms that we take for granted that are often cited in research, in particular in natural-language processing, show excellent results for English,” he says. “And yet many identical algorithms, even used on languages that are only a few degrees of difference apart—whether they’re West German or from the Romance tree of languages—may return completely different results.”

Natural-language processing is the basis of automated content moderation systems. Wijeratne published a paper in 2019 that examined the discrepancies between their accuracy in different languages. He argues that the more computational resources that exist for a language, like data sets and web pages, the better the algorithms can work. Languages from poorer countries or communities are disadvantaged.

“You have no idea where the concrete is going to come from. You don’t have steel and you don’t have the workers, either. So you’re going to be sitting there tapping away one brick at a time and hoping that maybe your grandson or your granddaughter might complete the project.”

The movement to provide those blueprints is known as language justice, and it is not new. The American Bar Association describes language justice as a “framework” that preserves people’s rights “to communicate, understand, and be understood in the language in which they prefer and feel most articulate and powerful.”

AI still doesn’t have the common sense to understand human languageNatural-language processing has taken great strides recently—but how much does AI really understand of what it reads? Less than we thought.

The path to language justice is tenuous. Technology companies and government service providers would have to make it a much higher priority and invest many more resources into its realization. And, Wijeratne points out, racism, hate speech, and exclusion targeting Asian people, especially in the United States, existed long before the internet. Even if language justice could be achieved, it’s not going to fix these deep-seated issues.

But for Xiong, language justice is an important goal that she believes is crucial for the Hmong community.

After the election, Xiong took on a new role with her organization, seeking to connect California’s Hmong community with public services such as the Census Bureau, the county clerk, and vaccine registration. Her main objective is to “meet the community where they are,” whether that’s on Hmong radio or in English via Facebook live, and then amplify the perspective of Hmong people to the broader public. But every day she has to face the imbalances in technology that shut people out of the conversation—and block them from access to resources.

Equality would mean “operating in a world where interpretation and translation is just the norm,” she says. “We don’t ask whether there’s enough budgeting for it, we don’t question if it’s important or it’s valuable, because we prioritize it when it comes to the legislative table and public spaces.”

AR  Why millions of students still can’t get onlineOLGA KHAZANAUGUST 17, 2020 At 8 a.m. Pacific time last Wednesday, I joined David Anderson’s 12th-grade government class at Live Oak High by clicking on a Zoom link. Because California suffered a surge in coronavirus cases this summer, students in Live Oak, a town about 50 miles north of […]

by Roger Entner | Jun 4, 2021 2:57pm Perhaps subsidization and levies on big tech could be part of a mix to fund broadband to unserved areas. (Getty Images)ShareFacebookTwitterLinkedInEmailPrint The negotiations around President Biden’s Broadband Infrastructure Bill are in full swing. We have at least 10 broadband bills, the White House American Jobs Act Fact Sheet, an article by former FCC […]

What is the digital divide?

BY NATASHA PIÑON5 HOURS AGOhttps://mashable.com/article/what-is-the-digital-divide/ Moving forward requires focus. Mashable’s Social Good Series is dedicated to exploring pathways to a greater good, spotlighting issues that are essential to making the world a better place. Working from “home” in a parking lot. Job interviews on laggy Zoom calls. Students trying to log onto class from a cell phone. For all […]